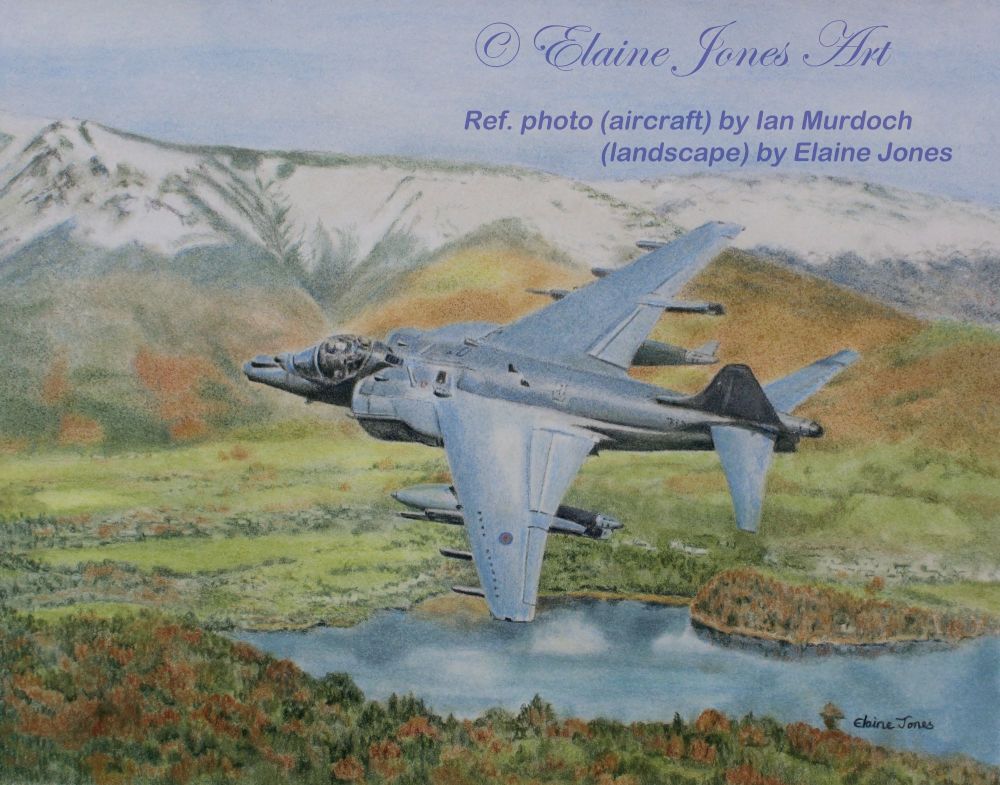 0 in your basket
View Basket Checkout

Original unframed pencil drawing of a Harrier "Jump Jet" flying a low-level training sortie over Derwentwater in Cumbria.  As any aircraft enthusiast knows, a beautiful piece of scenery like this can only be enhanced by the sight of a low-flying aircraft!

My thanks to Ian Murdoch for the aircraft reference photograph.  The background is from my own reference, inspired by watching military jets practising low flying exercises through the beautiful valleys of the Lake District.

The Harrier first flew in the UK during the late 1960s and was the first V/STOL (vertical/short take off and landing) aircraft, designed to make use of small, concealed or improvised bases, such as forest clearings, without the need for long runways.

The Hawker Siddeley Harrier was used by various air forces, including the RAF and USMC, while the Sea Harrier was flown from aircraft carriers while in service with the Royal Navy and the Indian Navy.

A later generation was developed in the 1980s as the AV-8B in the United States and in Britain as the British Aerospace Harrier II.  However, the Harrier has now been withdrawn from service with most users, to be replaced by the F-35B Lightning II.  The last operational Harrier flight in the UK took place in 2010.

Original paintings and drawings for sale