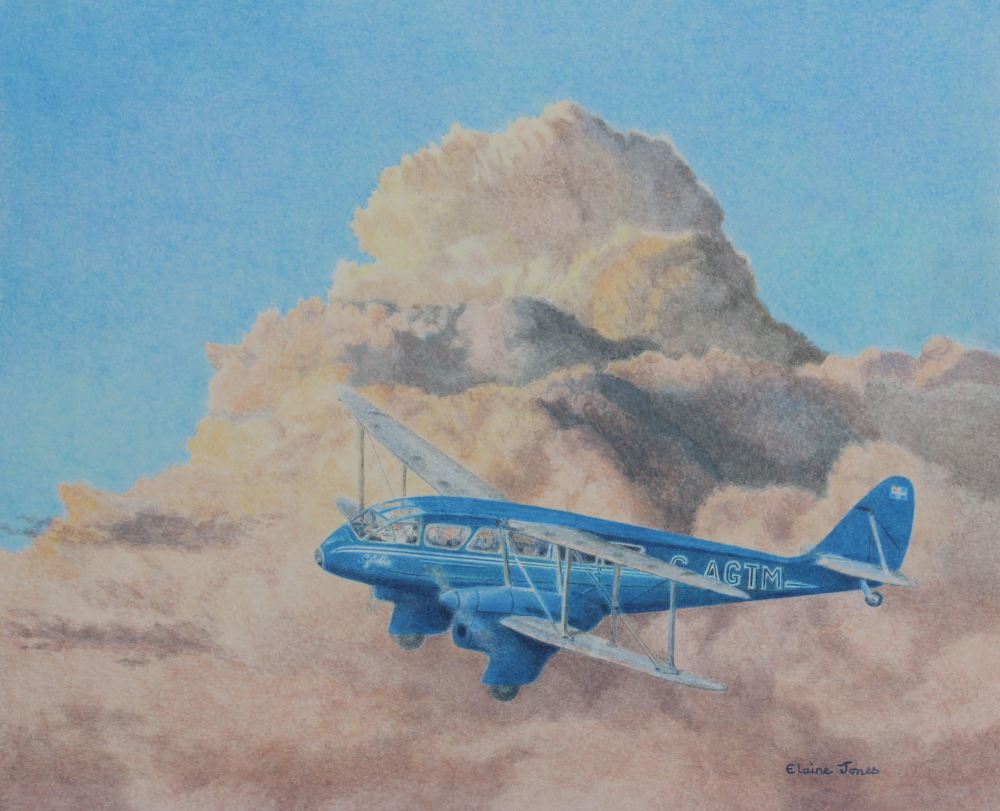 0 in your basket
View Basket Checkout

Imagine yourself flying in this iconic Dragon Rapide past cotton-candy clouds, catching the late-afternoon sun!

The de Havilland DH-89A, or Dragon Rapide, is a twin-engined, 9 seater biplane passenger aircraft of wooden construction, with a top speed of 157 mph.  The first prototype flew from Hatfield in 1934. Over 700 were built during the 10 years it was in production for both commercial and military use, the latter as the Dominie.  The Dragon Rapide was operated from 1934 onwards by several UK airlines until World War II, when many Rapides served the British armed forces as the de Havilland Dominie for passenger and communications duties.

In 1942 de Havilland's Hatfield works were needed for production of the Mosquito, so assembly of the Dominie moved to the Brush Coachworks at Loughborough until the end of World War II.  This particular aircraft, G-AGTM, was built by Brush and delivered to the Royal Air Force as Dominie NF875.

After the war, many Rapides continued in commercial operation, where they proved economical and durable, with some, including this example, still flying and operating pleasure flights into the 21st century.

Original paintings and drawings for sale